Mysterious words by the harbour hold up their audience 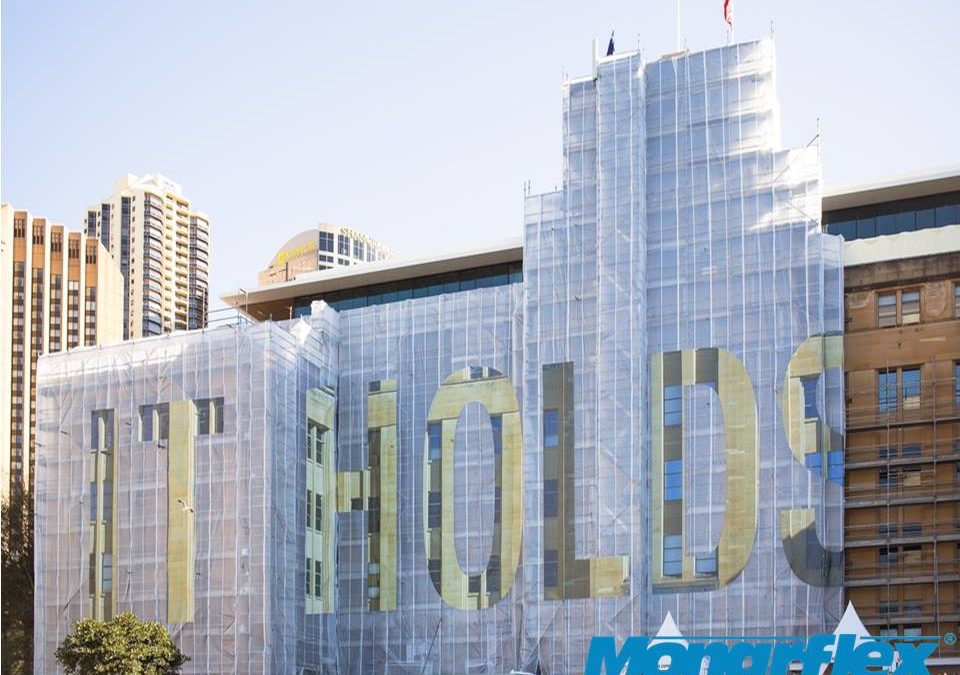 Covering more than 2000 square metres, Sydney’s latest public artwork is certainly hard to ignore. But what exactly does it mean?

Spelled out in 14 metre-high upper-case letters on the temporary scaffolding enshrouding the front of the Museum of Contemporary Art is the tantalising phrase ”IT HOLDS UP”.

The words have slowly been revealed over the past month by New Zealand artist Mike Hewson, working from a cherry picker on the 25 metre facade, giving plenty of time for passers-by to speculate on their intent.

”People are absolutely fascinated and confused and impressed and all sorts of things,” says Hewson, who collaborated on the project with fellow artist Agatha Gothe-Snape. ”Everybody is making a guess about what it might say.”

The work has been commissioned by the MCA and the Sydney Harbour Foreshore Authority, owner of the building. Hewson took a photograph of the front of the building that was then printed life-size on adhesive-backed vinyl.

The letters were then cut from the vinyl and painstakingly applied in sections to the opaque material covering the front of the temporary scaffolding. ”It’s as though you are cutting through the scaffolding and revealing the building behind,” he says. ”A lot of the stuff I like to do is just showing people what is already there but in a way that makes them look at it in another light and from another perspective.”